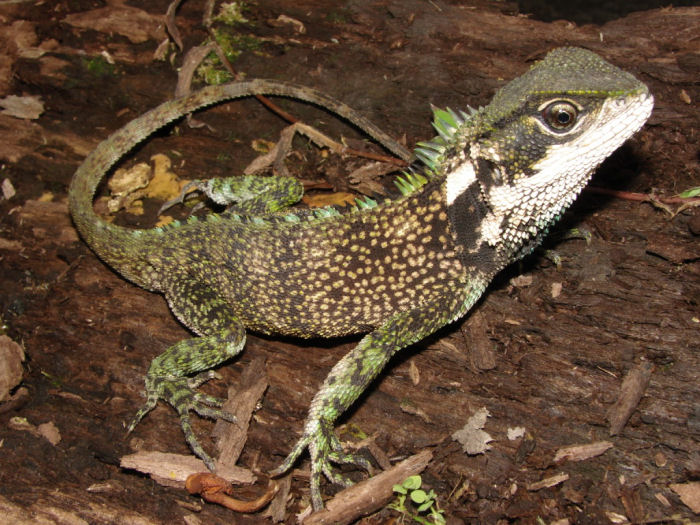 The "woods" lizards exist on elevations below 2000m on both sides of the Andes, between Panama and southeastern Brazil. These forest inhabitants are very difficult to find due to the low density of their populations. They all have robust heads and body, and usually have a prominent crest along the back and the first portion of the tail and look like little dragons. Peru currently has six known species of these iguanas.

This second new BIOPAT-species of Enyalioides was discovered in a remote rainforest area in the upper basin of the Huallaga River at 1500 m elevation in Northern Peru. They have a greenish black back with numerous olive flecks, a conspicuous white snout with a black patch on the side of the throat as well as caudal scales of homogenous size.